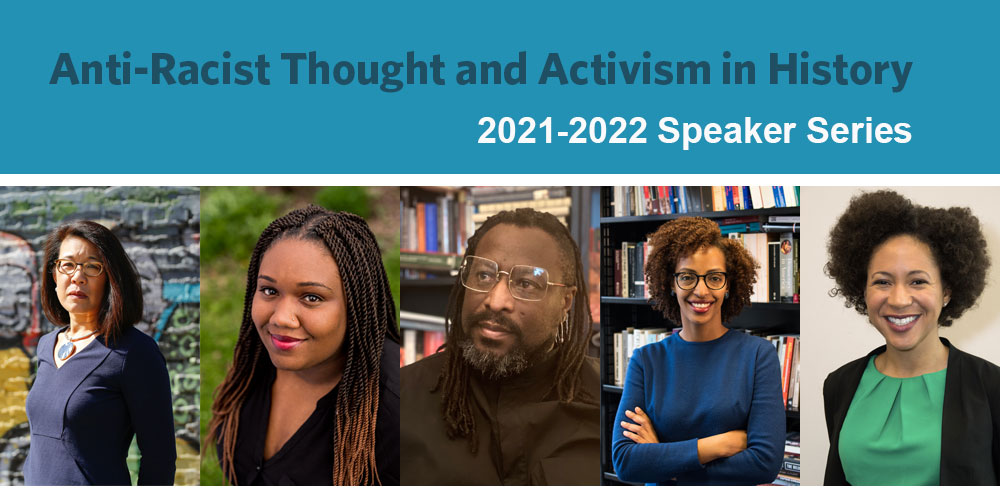 The Public Humanities Hub Okanagan is pleased to host a virtual speaker series, Anti-Racist Thought and Activism in History, with Sita Balani and Gargi Bhattacharyya.

Sita Balani is a scholar of queer post-colonial cultural studies and critical theory teaching at King’s College London. Balani is the author of Deadly and Slick: How Sex makes Race in Postcolonial Britain (Verso, 2023). Her work asks how colonialism has shaped contemporary Islamophobia and other forms of racism, and her writing poses important challenges about conviction, identity, and responsibility. Recent publications include What’s love got to do with it? Marriage and the security state  and Anxious Asian men: ‘Coming out’ into neo-liberal masculinity. Follow Balani on Twitter.

Gargi Bhattacharyya is a sociologist at University of East London that has been writing about race, migration, and austerity for over two decades. Author of Rethinking Racial Capitalism: Questions of reproduction and survival (Rowman & Littlefield, 2018) and Dangerous Brown Men: Exploiting Sex, Violence and Feminism in the Long War (Zed, 2008), Bhattacharyya examines economic vulnerability, poverty, and survival in the context of constructing race and empire. Follow Bhattacharyya on Twitter.

Balani and Bhattacharyya are two of the co-authors of Empire’s Endgame: Racism and the British State (Pluto, 2021).

After registering, you will receive a confirmation email containing information about joining the meeting.