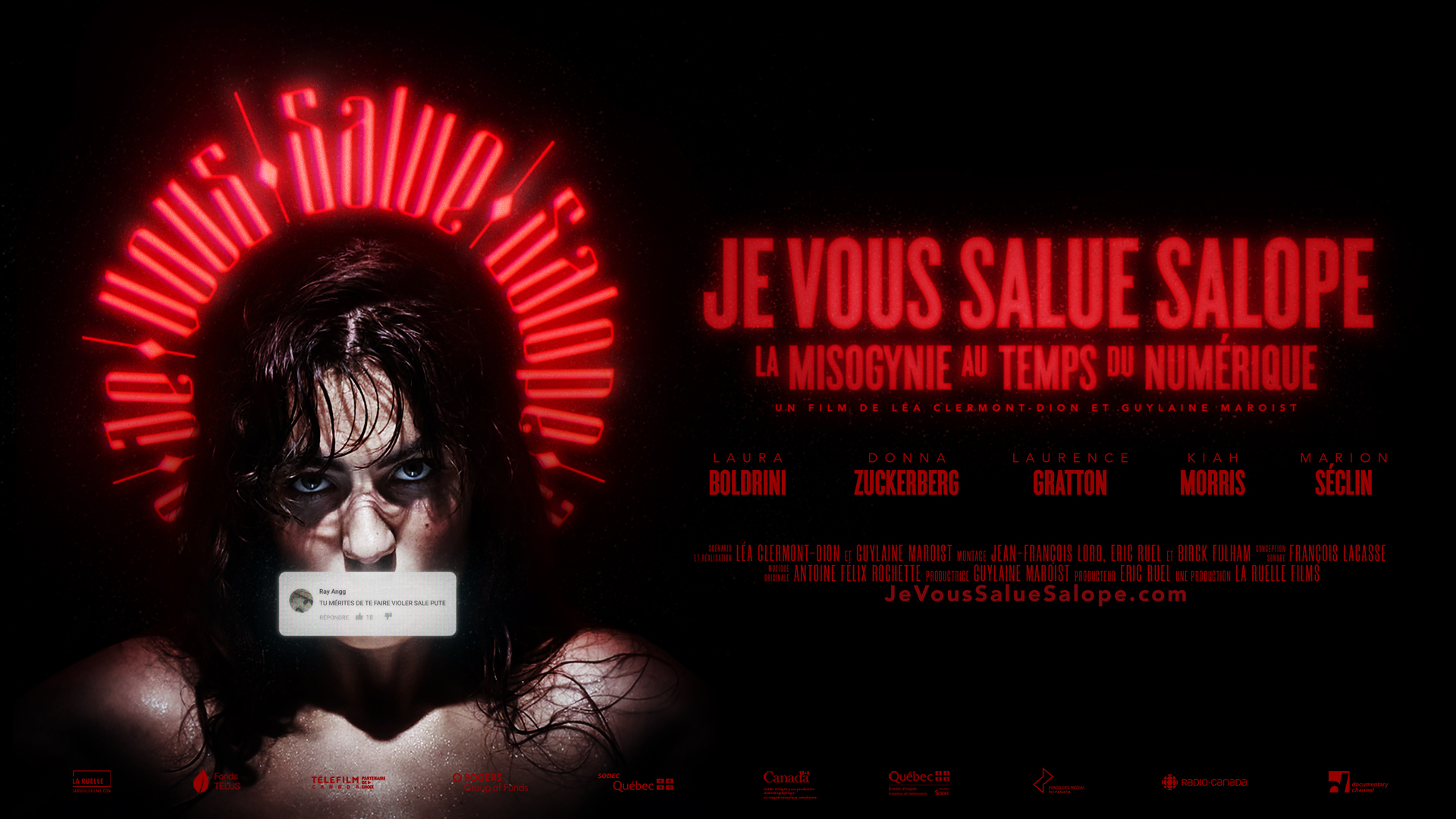 Backlash, Misogyny in the Digital Age is a feature-length documentary directed by Léa Clermont-Dion and Guylaine Maroist. It follows four women and one man whose lives have been particularly affected by online violence: Laura Boldrini, the most harassed female politician in Italy; Kiah Morris, an African-American politician in the state of Vermont who resigned following severe harassment and threats from right-wing extremists; Marion Séclin, a French YouTuber who received more than 40,000 sexist messages, including rape and death threats; Laurence Gratton, a young teacher in Quebec who was harassed for more than five years by a former colleague; and Glen Canning, the father of Rehtaeh Parsons, a young girl who took her life after photos of her rape were spread online.

This film will be shown in French with English subtitles. Doors open at 6 pm, screening starts at 6:30 pm. This event is free and open to all, but registration is requested.

After the screening, guests are invited to attend a Q&A period with Co-director Guylaine Maroist, facilitated by Blanche Monabeka in an adjacent room. This Q&A will be in French.