Join us for a series of artist talks, panel conversations and keynote presentations throughout the months of May and June.

The Indigenous Art Intensive features a series of world-renowned speakers, including Steven Loft.

This event is presented online via Zoom. 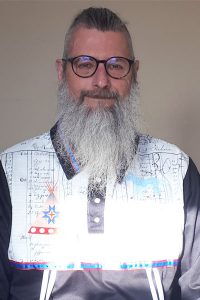 Steven Loft is Kanien’kehá:ka (also known as Mohawk), turtle clan of the Six Nations of the Grand River, from Jewish heritage. He has recently been named the inaugural Vice-President, Indigenous Ways and Decolonization at the National Gallery of Canada.

Previously, he was the Director of Strategic Initiatives for Indigenous Arts and Culture and formerly Director of the Creating, Knowing and Sharing: The Arts and Cultures of First Nations, Inuit and Métis Peoples program with the Canada Council for the Arts.