Not so “generic” masculines: Empirical studies on interpretations in French and Spanish

Join us for a talk with Dr. David Heap as he discusses the use of the so-called “generic masculines” in both French and Spanish languages.

In debates over the use of “generic masculines,” language academics in France and in Spanish-speaking countries often refer to generic interpretations of masculine forms without citing empirical studies on such interpretations.

Reviewing decades of literature on interpretations in Spanish and in French yields a body of empirical evidence showing persistent male bias in both languages. This allows for a better understanding of current debates around inclusive language.

This talk is organized by Diana Carter as part of the Inclusive Languages project, and made possible with the support of the Department of Languages and World Literatures. 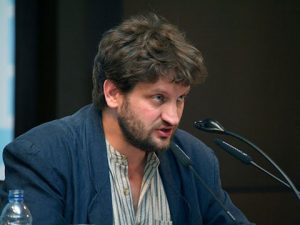 Dr. David Heap is an Associate Professor, French Studies Department and the Interfaculty Linguistics Program, and adjunct faculty member in the Department of Gender, Sexuality and Women’s Studies, University of Western Ontario.