The Roger Watts Debate: Be it resolved that the Emergencies Act is justifiably used to quell civil disobedience 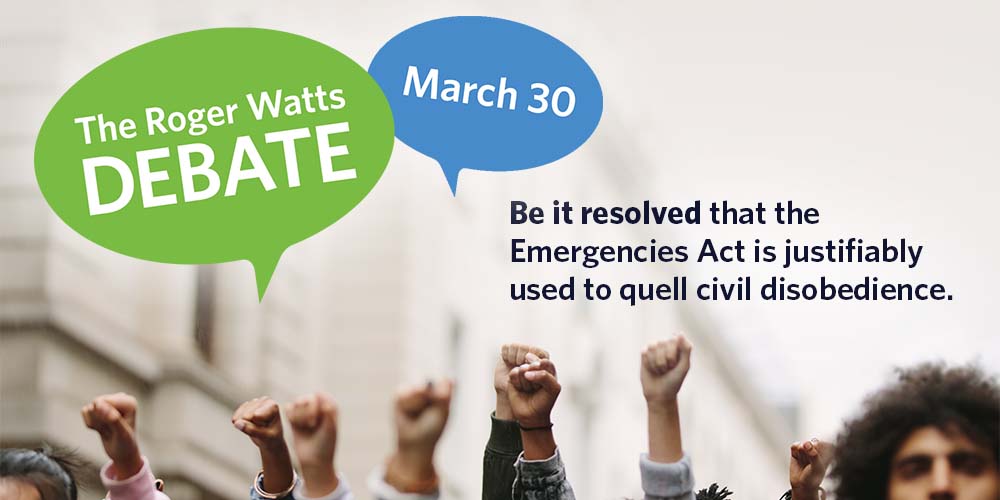 In a world of division, debate matters. Support your peers as they engage in a provocative discussion on public defiance being declared under the Emergencies Act.

The Roger Watts Debate is a partnership of the Department of Economics, Philosophy and Political Science and a community advisory committee. The debate provides a public forum to debate important issues of the day.