Thesis Defence: “That’s What She Said!” Gender Integration in the Canadian Armed Forces with a Focus on the Experience of Female Soldiers in the Combat Arms 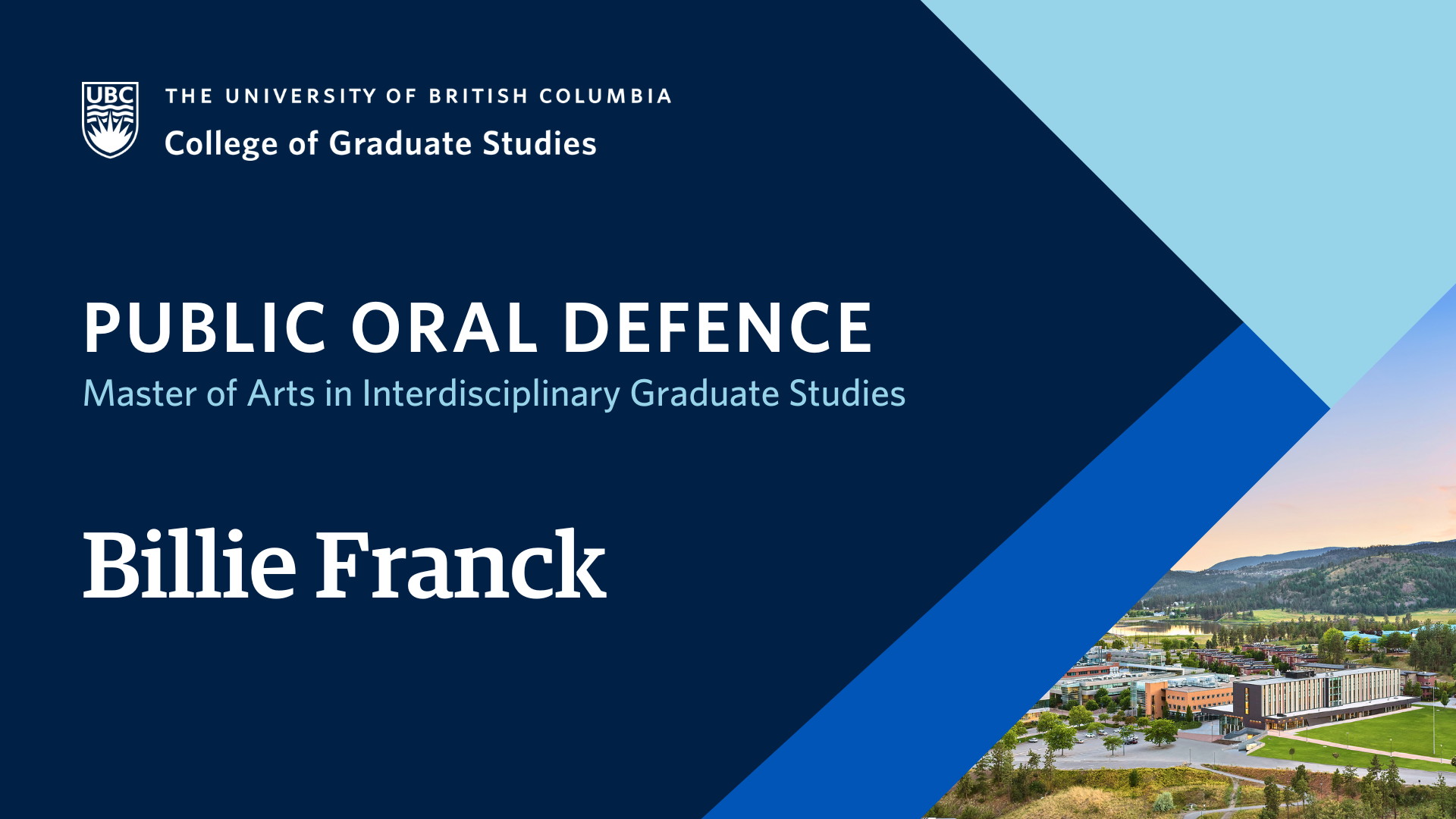 Billie Franck, supervised by Dr. Luis LM Aguiar, will defend their thesis titled “That’s What She Said!” Gender Integration in the Canadian Armed Forces with a Focus on the Experience of Female Soldiers in the Combat Arms” in partial fulfillment of the requirements for the degree of Master of Arts in Interdisciplinary Graduate Studies.

An abstract for Billie’s thesis is included below.

Registration is not required for in-person defences.

This thesis focuses on gender integration in the Canadian Armed Forces (CAF) based on former female combat arms soldiers’ experiences. I argue that the military institution presents itself as progressive and gender neutral but is, in fact, a gendered institution with distinct organizational thinking that maintains gender segregation. The federal government’s goal of increasing the number of female soldiers employed in the CAF to 25 % by 2026 is too broad and does not address the systemic issues rendered invisible when institutional change is desired. In this thesis, I aim to demonstrate the social relations and the organizational logic that maintains the low representation of female soldiers. I do this by unpacking the division of labour based on military occupations with the least number of female soldiers. I focus on the combat arms occupations because these occupations have historically had the most resistance to female integration and have the most prestige and proximity to fighting. I treated the disembodied soldier as a universal category that is abstract and gender neutral and used to determine types of bodies acceptable for different military occupations. Therefore, I argue that the ideal soldier is, in fact, heavily gendered towards male bodies, masculinity, and male heterosexuality. This ideology shapes views on what bodies are most qualified to do the work of combat, fighting, and sacrificing for the nation. And, only when the idea of females doing combat enters the conversation do we see the social relations and gender assumptions that maintain the CAF’s gender order and foster a culture harmful to female soldiers. For example, the underlying sexualized culture in the Forces is conducive to more serious incidents of sexual harassment and assault (Deschamps, 2015).

When we consider the military institution as a gendered process, the interactions between males and females reproduce the social relations that see males as fighters and females as support. I look at female soldiers’ strategies to navigate the CAF culture to shed much-needed light on how power operates in the “in-between” military spaces. I define “in-between” military spaces as not purely military or civilian interactions; or the tension between formal and informalities, the state of being on the verge of something new but not quite there yet (Blanchfield, 2021; Marinaro, 2022) . Within these spaces, I concentrate on the more nuanced interactions of humour captured in phrases such as “that’s what she said” or “just joking” to observe how humour functions in maintaining the social relations that disproportionately affect female soldiers. I argue that humour serves as a conduit for power for male soldiers and superiors to impose their will. However, humour is also a tool for resistance enabling female soldiers to posit new ways of being that challenge the concept of the ideal soldier.

For my methodology, I used constructivist grounded theory, where I gathered data through interviews and documents as well as had participants draw a response to two questions—draw a soldier and draw the experience of being a female soldier. The drawing a response allowed for a different researcher/participant interaction and different data to develop. Emergent from the data was recognition of the gender hierarchy that infiltrates soldier interactions and highlights the power dynamics camouflaged in daily interactions. For systemic change to occur, we need to rethink and reimagine a military beyond gender assumptions, and which restores the absent female, reframes her work and blows up the concept of the ideal soldier. My contribution to the literature is that the ideal soldier underpins and prevents systemic CAF organizational and cultural changes. Therefore, for cultural change to occur, we need to see a fundamental shift in the CAF’s thinking of the ideal soldier and show what social relations surrounding work as a soldier will look like. I identify humour as an activity demonstrating one strategy to create change.