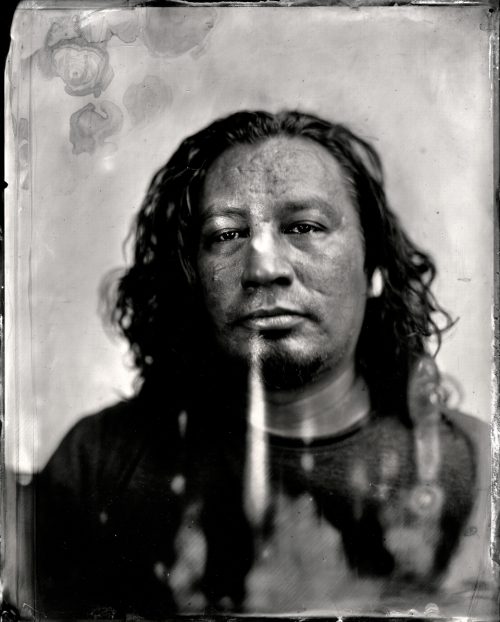 Join this virtual Artist Talk with Terrance Houle on Zoom on February 27th!

All Visiting Artist series talks are free and open to all. This series is presented in partnership with the UBC Okanagan Gallery.

Terrance Houle (Niitsitapi/ Saulteaux) is an internationally recognized interdisciplinary media artist and a member of the Kainai Nation/ Blood Tribe. Involved with Aboriginal communities all his life, he has travelled to reservations throughout North America participating in Powwow dancing along with his native ceremonies.His work ranges from subversive to humorous absurdity to solemn and poetic artistic expressions. His work often relates to the physical body as it investigates issues of history, colonization, Aboriginal identity and representation in popular culture, as well as conceptual ideas based on memory, home, and reserve communities. Houle works in whatever media strikes him, and has produced work in photography, painting, installation, mass marketing, performance, music, video, and film. Houle’s work has been exhibited across Canada, the United States, Australia, the UK and Europe. Since 2014, Houle has been working on an ongoing collaborative project titled GHOST DAYS. GHOST DAYS evokes colonial and non-colonial histories that exist in the light of night as in the darkness of the day, and awakens a collaboration with artists, audience, and spirit. Currently, He has co-directed a short animation Otanimm/Onnimm with his daughter Neko Wong-Houle which is currently touring Film festivals, In Los Angeles, NYC, Toronto, New Zealand, Vancouver, Oxford & many more. Recently their short film won the prestigious Golden Sheaf Indigenous Award at Yorkton Film Festival and is Neko’s First Award in Film at 17 years old. Houle is based in Calgary, Alberta.

Email Katherine.pickering@ubc.ca for the Zoom info and link