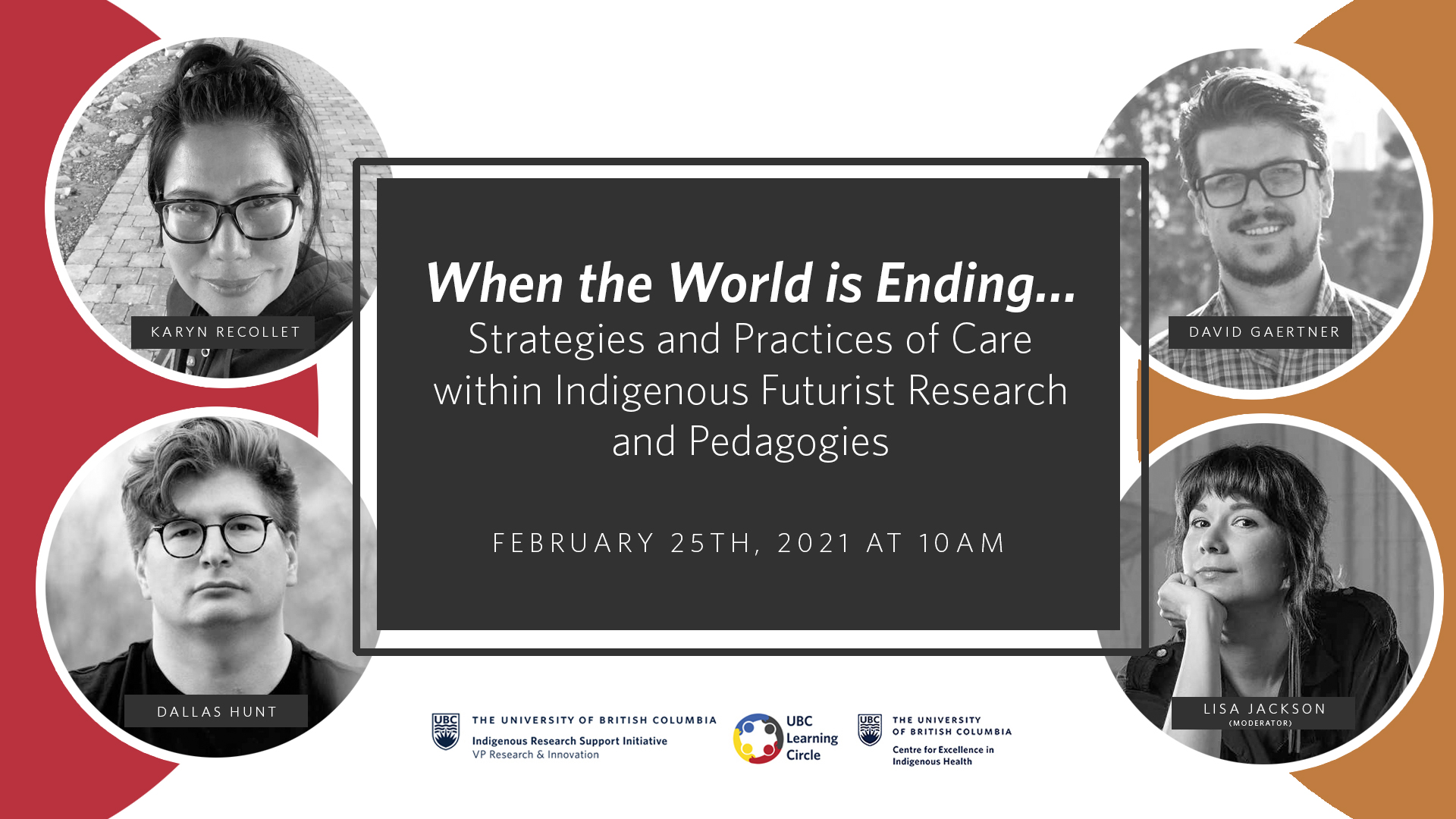 An apocalypse is usually defined as an ending, a final destruction. Yet the word itself suggests a very particular point of view. If the apocalypse means the end of capitalism, the demise of nation-state sovereignty, and the collapse of colonial law, then we need to ask, apocalypse for whom? As the Anishinaabe filmmaker Lisa Jackson suggests in the quotation above, for Indigenous peoples, sometimes “apocalypse” is a word necessary for articulating new beginnings.

In this roundtable discussion, panelists will take up Indigenous futurisms—the projection of Indigenous peoples into imagined futures—within the contexts of the “apocalypse.” Looking specifically toward cultural and political resurgence, they will discuss representations of the apocalypse in Indigenous literature, film, and new media while tracing out the practices of care and compassion that will sustain us in the age of the postapocalyptic.

“I don’t like using the word postapocalyptic… But there is no term for a future place where current societal structures aren’t operating, apart from one that implies there has been total death and destruction.” — Anishinaabe filmmaker Lisa Jackson 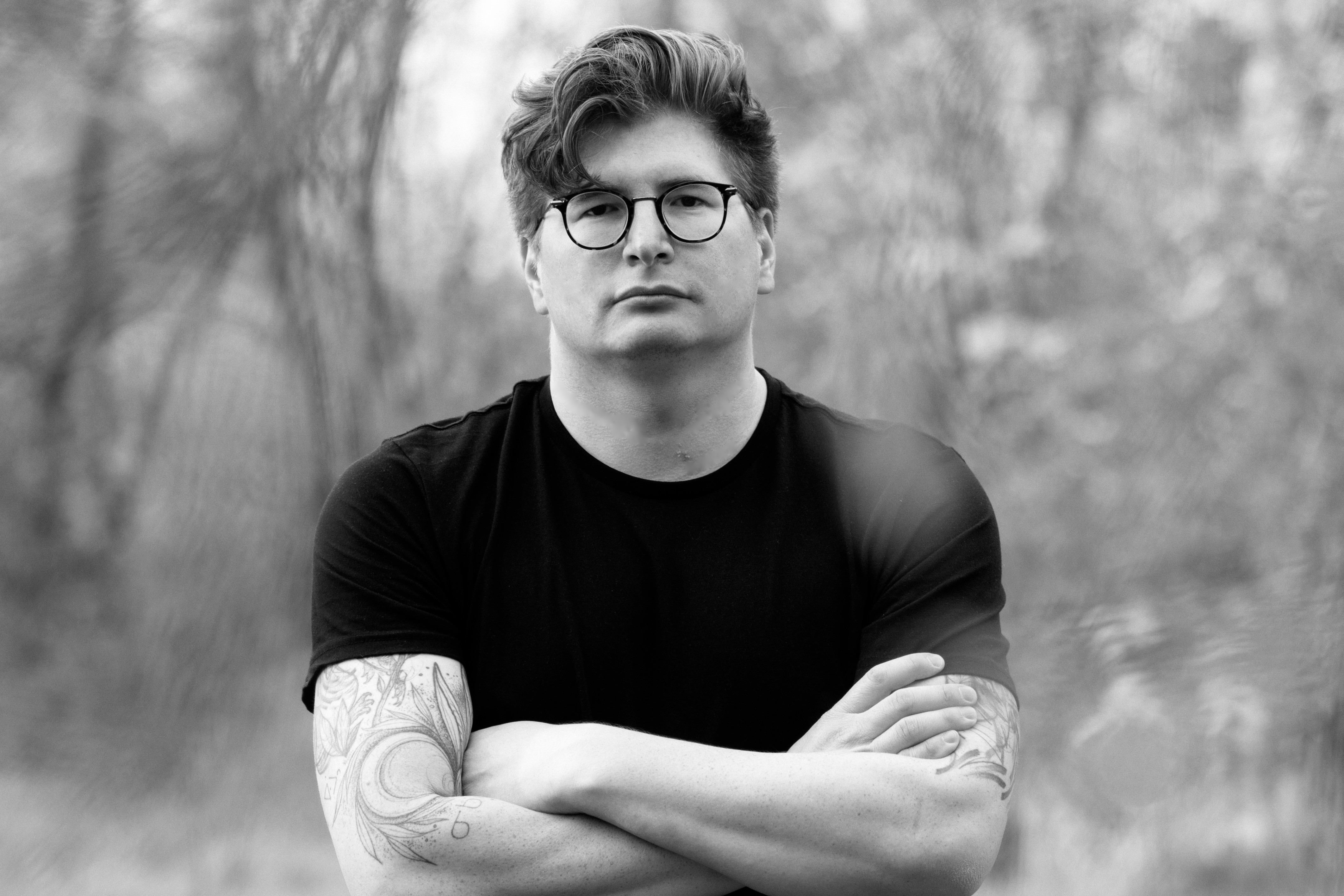 Dallas Hunt is Assistant Professor in the Department of English Language and Literatures at the University of British Columbia. He is Cree and a member of Wapsewsipi (Swan River First Nation) in Treaty 8 territory in Northern Alberta, Canada. He has had creative and critical work published in the Malahat Review, Arc Poetry, Canadian Literature, and the American Indian Culture and Research Journal.

His first children’s book, Awâsis and the World-Famous Bannock, was published through Highwater Press in 2018, and was nominated for the Elizabeth Mrazik-Cleaver Canadian Picture Book Award. His next book, CREELAND, will be available through Nightwood Editions in March 2021. 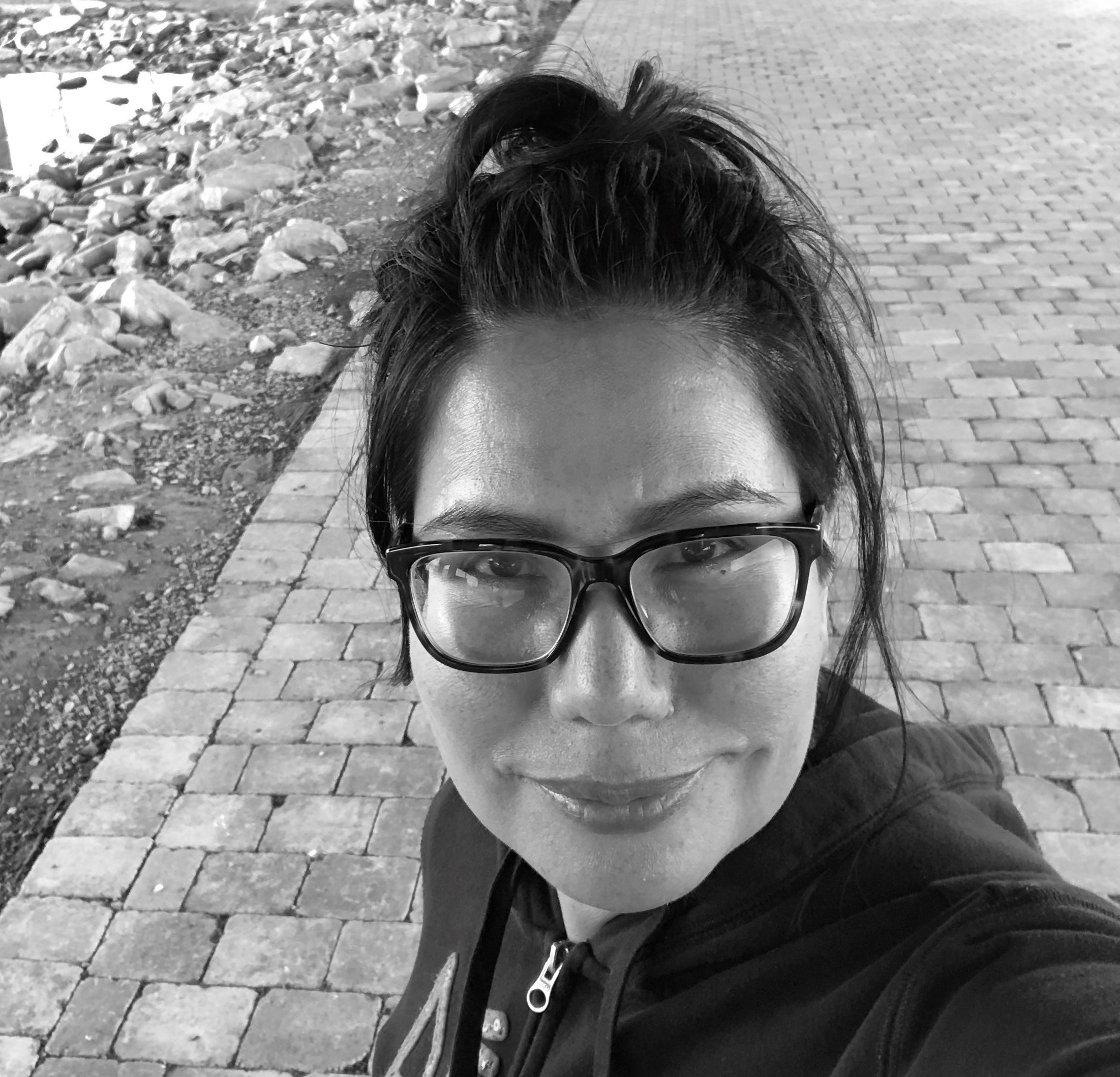 Karyn Recollet (Cree, born in Sturgeon Lake First Nation, SK, Canada; lives in Toronto, ON, Canada) is an urban Cree scholar/artist/and writer whose work focuses on relationality and care as both an analytic and technology for Indigenous movement-based forms of inquiry within urban spaces. Recollet works collaboratively with Indigenous dance-makers and scholars to theorize forms of urban glyphing. Recollet is in conversation with dance choreographers, Black and Indigenous futurist thinkers and Indigenous and Black geographers as ways to theorize and activate futurist, feminist, celestial and decolonial landing relationships with more-than-human kinships, and each other. 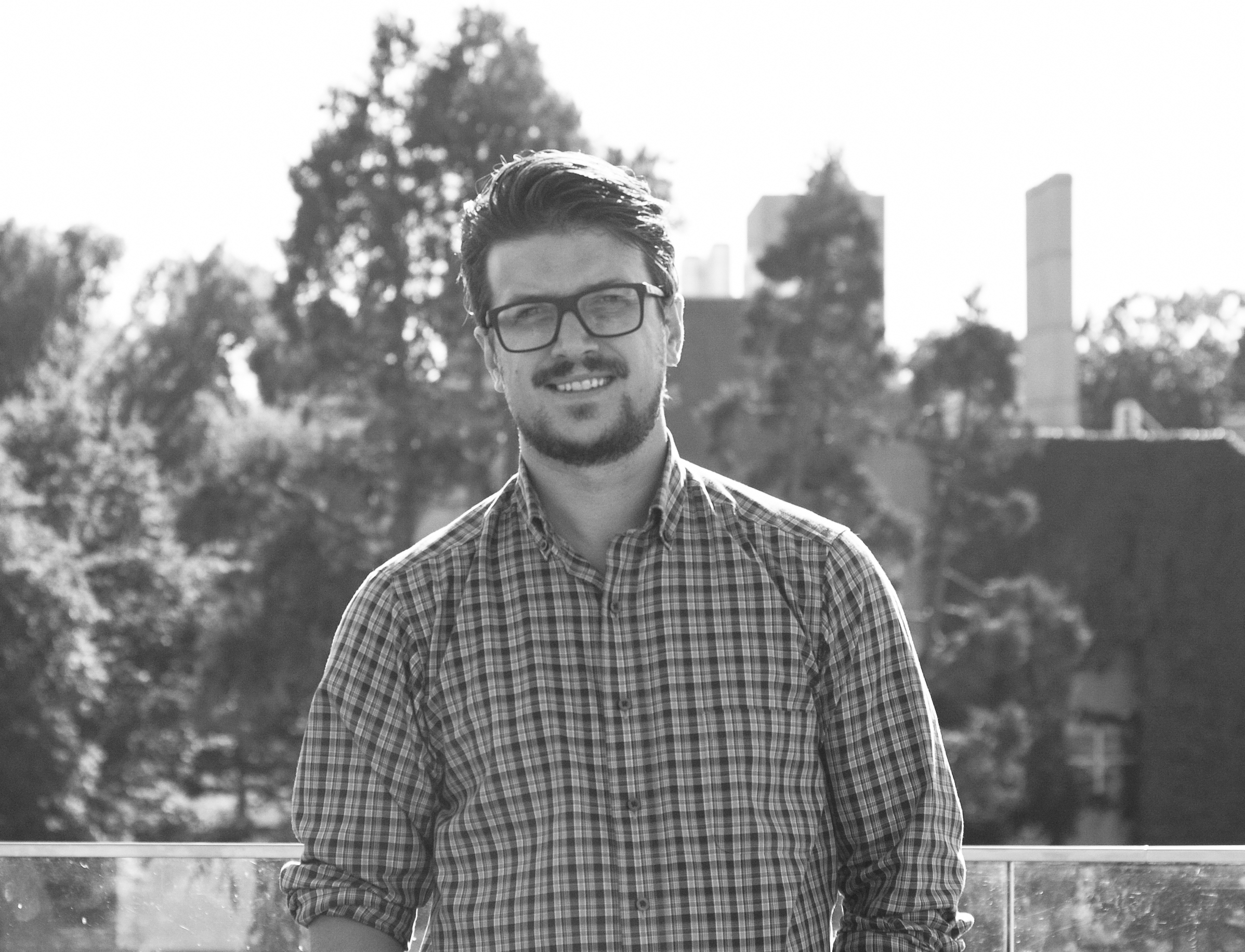 d Gaertner is a settler scholar of German descent and an Assistant Professor with the Institute of Critical Indigenous Studies at UBC. His articles have appeared in Canadian Literature, American Indian Cultural and Research Journal, and Bioethical Inquiry, among other publications.

He is the editor of Sôhkêyihta: The Poetry of Sky Dancer Louise Bernice Halfe and Read, Listen, Tell: Indigenous Stories from Turtle Island (with Sophie McCall, Deanna Reder, and Gabrielle L’Hirondelle Hill). His most recent book, The Theatre of Regret: Literature, Art and the Politics of Reconciliation in Canada, which contends with reconciliation in Canada as it is articulated through Indigenous futurisms, is now available from UBC Press. 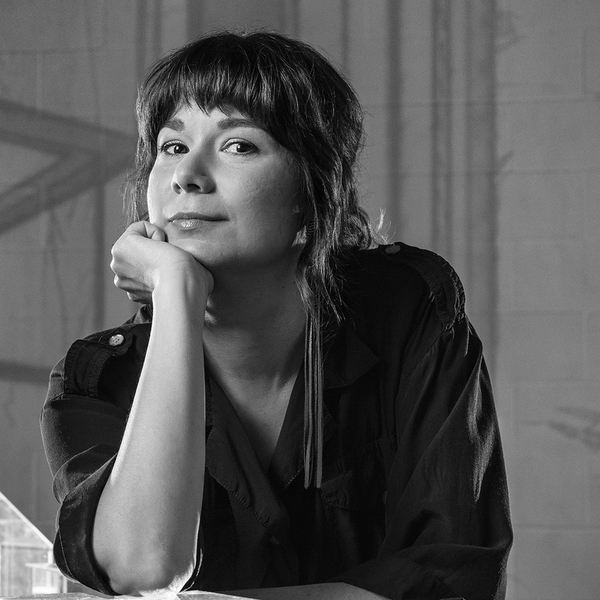 Lisa Jackson is an award-winning filmmaker and artist whose projects have shown at top festivals, aired on television, and exhibited in galleries and community settings. Her work ranges from documentary to fiction, animation to 3D IMAX, VR to immersive installation. Her 2018 VR piece Biidaaban: First Light was nominated for a Webby, exhibited around the world, and won a Canadian Screen Award.

Her experimental short documentary Lichen had its international premiere at Sundance 2020. She’s working on a range of projects, for TV, film and beyond, including a Sundance-supported hybrid documentary on Cree elder and star knowledge keeper Wilfred Buck, and a feature animation for adults. She is mixed Anishinaabe (Aamjiwnaang) and settler descent, earned a BFA in Film from Simon Fraser University, an MFA in Film Production from York University, and lives in Toronto. See more at Door Number 3 Productions.

Research and Innovation, Office of the Vice-Principal