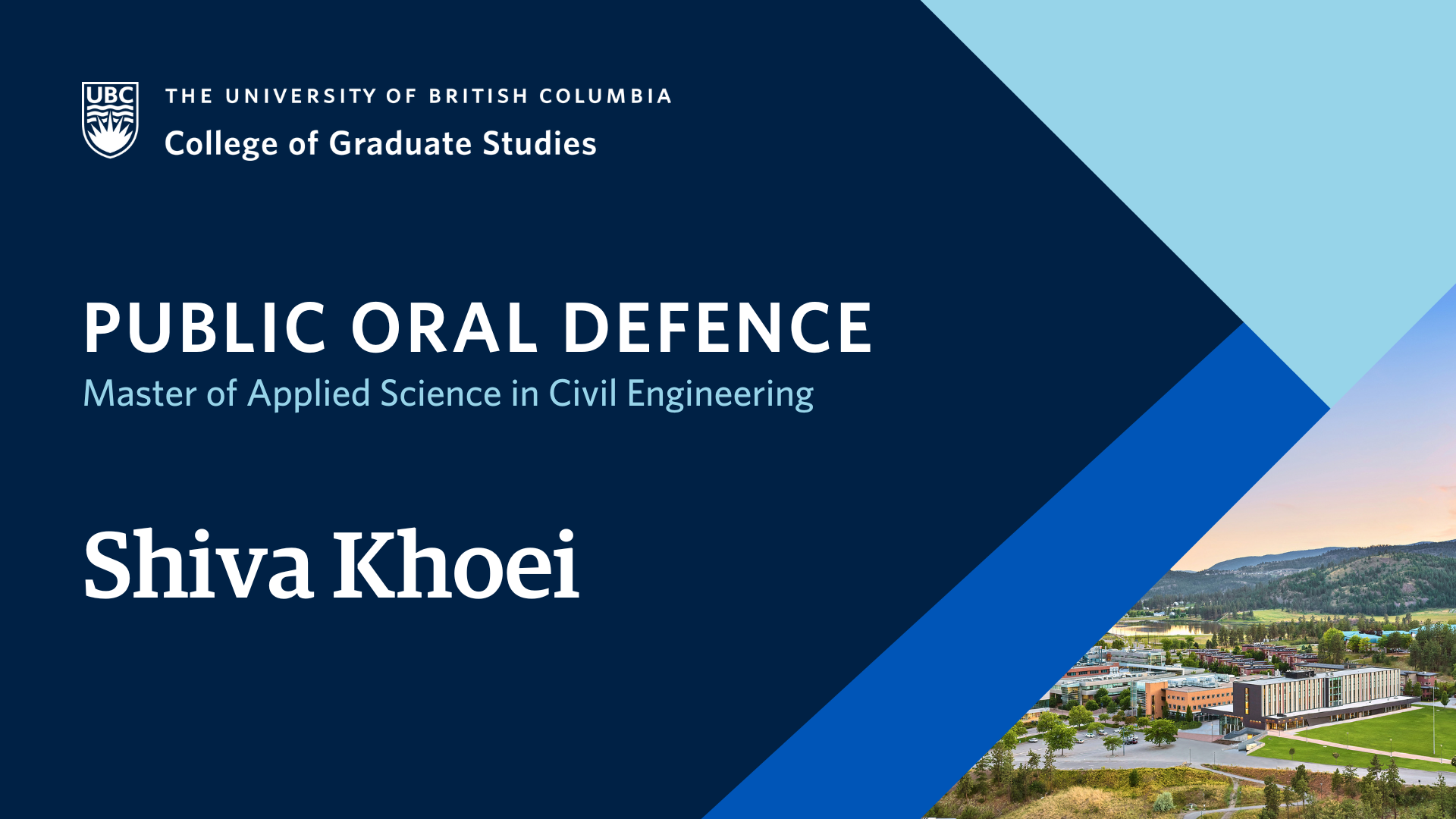 Shiva Khoei, supervised by Dr. Cigdem Eskicioglu, will defend their thesis titled “Biochar-Assisted Thermophilic Anaerobic Digestion for Enhanced Municipal Sludge Treatment” in partial fulfillment of the requirements for the degree of Master of Applied Science in Civil Engineering.

An abstract for Shiva’s thesis is included below.

If you would like to attend this virtual defence please contact the supervisor at cigdem.eskicioglu@ubc.ca to receive a zoom link.

Anaerobic digestion has become a common bioconversion approach for recovering resources and energy from biomass in wastewater treatment plants. Thermophilic anaerobic digestion (TAD) offers a wide range of possible applications due to its high ability for energy production, fast hydrolysis rate, and high potential for pathogen elimination. One of the leading causes of the low stability of TAD is the acidification stage. The accumulation of volatile fatty acids, which occurs due to the accelerated fermentation rates in TAD, contributes to digester failure by reducing methanogenic activity as a result of a pH reduction. A recently identified method of electron transfer, known as direct interspecies electron transfer, involves bacteria directly transferring electrons to methanogens. The addition of conductive materials can improve methanogenesis activity and encourage interspecies electron transfer between bacteria and methanogens. In addition, the adsorption capacity of these materials increases anaerobic digestion’s stability by adsorbing inhibitory compounds, such as volatile fatty acids and ammonia.

In this study, biochar is used as a cost-effective carbon material in different acid/gas-phased anaerobic digestion utilizing municipal wastewater sludge. Effects of powdered (<0.075 mm) biochar on TAD were investigated using biochemical methane potential assays. The assays had substrate to inoculum ratios of 2.2 and 4.4 g-volatile solids (VS)/g-VS and biochar dosing of 6 g/g-total solids inoculum. Compared to control (TAD with no biochar), biochar amendment enhanced methane production rates by 94%, 75%, and 20% in assays utilizing substrates of acidified mixed sludge at 70ºC, 55ºC and non-acidified mixed sludge, respectively. All controls experienced acute inhibition with lag phases from 12-52 days at substrate to inoculum ratios of 4.4 g-VS/g-VS, while assays with biochar generated methane from day 4.

Results also indicated that biochar supplemented digesters had a reduction in the accumulation of volatile fatty acids which could be caused by the adsorption potential of biochar. In addition, up to 14 mg of ammonia as a determinative inhibitory factor was removed by one gram of biochar. Biochar presents great potential to tackle volatile fatty acids accumulation, abbreviate lag phase and increase methane rate, particularly at high organic loadings.