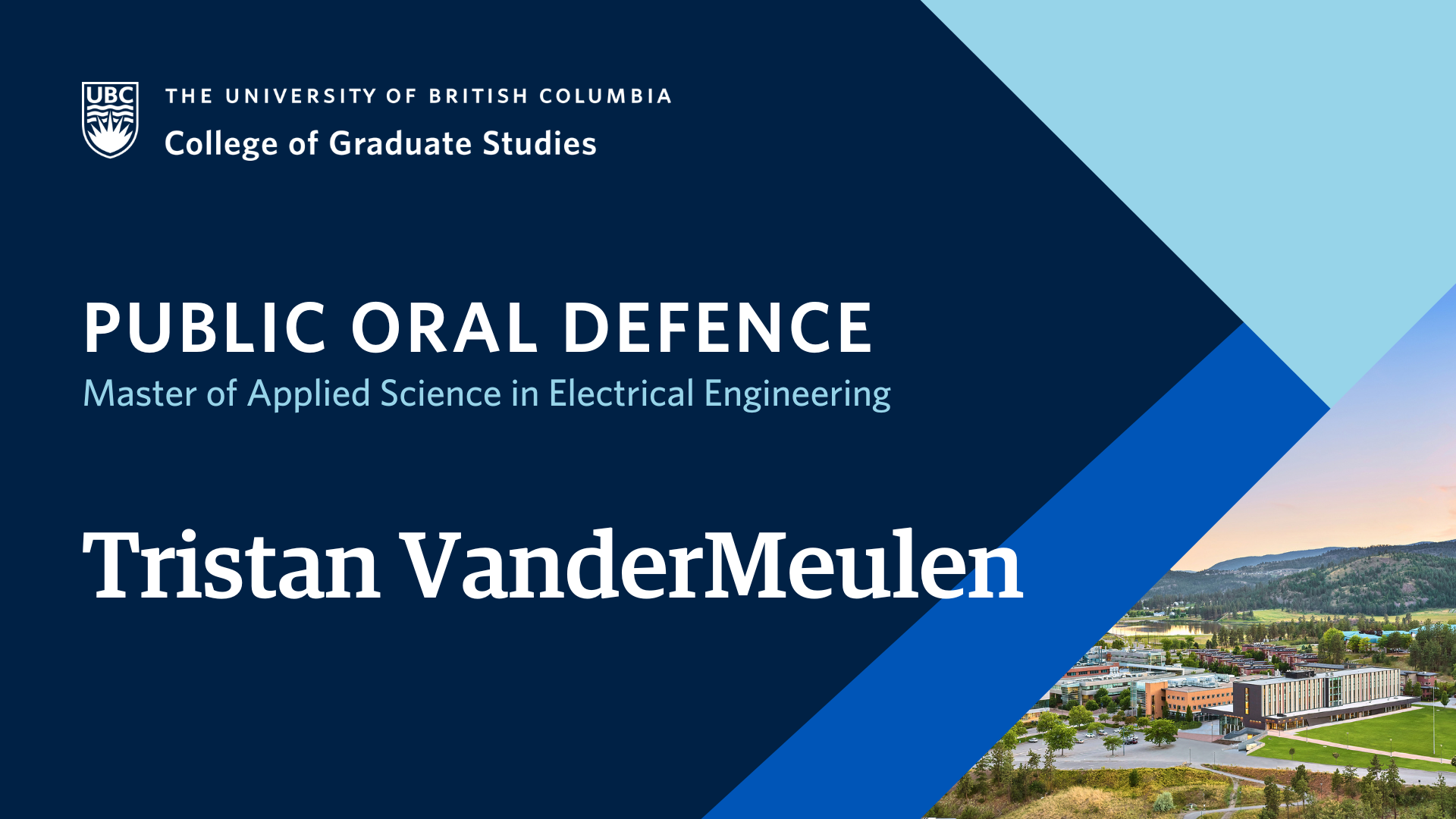 Tristan VanderMeulen, supervised by Dr. Thomas Johnson, will defend their thesis titled “Using Canonical Filter Structures for Designing Inductive Power Transfer Systems” in partial fulfillment of the requirements for the degree of Master of Applied Science in Electrical Engineering.

An abstract for Tristan’s thesis is included below.

Registration for in-person defences is not required.

The rapid growth of battery-powered electronic devices continues to motivate research into improved charging methods that are compact and efficient. Wireless power is an attractive solution, as it eliminates the need to physically connect the battery-powered device to a charger.

The use of impedance inverter theory is examined as a method of compensation for variations in the spatial distance between resonators. Impedance inverters are used to represent the mutual coupling between the resonators, which shows how variations in the mutual coupling between resonators impacts the impedance level of the coupling link. Therefore, the input impedance to the system can be constant if the load resistance is varied to compensate for variations in spatial distance. As filter theory inherently has matched loads, it is shown that only the load resistance needs to be varied in the inductive power transfer system to compensate for spatial variation changes.