Thesis Defence: Investigation of the effects of root-lesion nematode on early growth of three apple rootstocks in microplots and its relationship with growth of mature ‘ambrosia/m.9’ trees across six commercial orchards 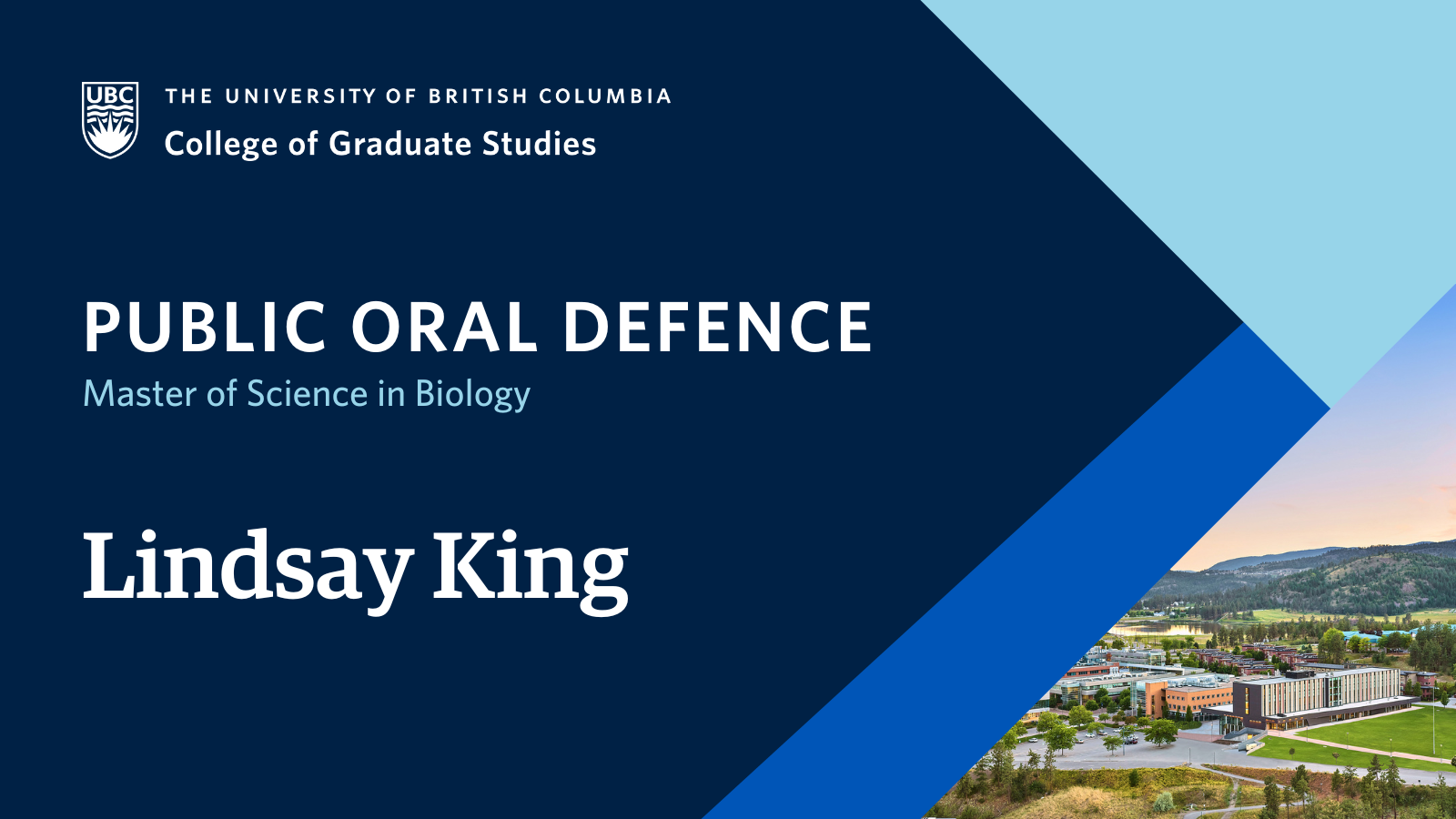 Lindsay King, supervised by Dr. Melanie Jones, will defend their thesis titled “Investigation of the effects of root-lesion nematode on early growth of three apple rootstocks in microplots and its relationship with growth of mature ‘ambrosia/m.9’ trees across six commercial orchards” in partial fulfillment of the requirements for the degree of Master of Science in Biology.

An abstract for Lindsay’s thesis is included below.

Defences are open to all members of the campus community as well as the general public. Registration is not required for in-person defences.

The root-lesion nematode, Pratylenchus penetrans, is a ubiquitous parasite of roots of temperate fruit trees. It affects early growth of trees replanted into old orchard sites where populations have built up, and may contribute to decline complexes of older trees. Most British Columbia, Canada apple acreage is planted with M.9 rootstock, but growers are increasingly considering updated Geneva-series rootstocks such as G.41 and G.935. Among these rootstocks, responses to P. penetrans, specifically, are poorly known. To compare the resistance and tolerance to P. penetrans of G.41, G.935 and M.9 rootstocks (‘Ambrosia’ scion), a field microplot experiment was established in spring of 2020 at the Summerland Research and Development Centre. The experimental design was a 2 x 3 factorial combination of: P. penetrans inoculation (+/-) and rootstock (G.41, G.935, M.9), with 20 replicate microplots of each of the six treatment combinations arranged in a randomized complete block design. The P. penetrans inoculum was 5400 P. penetrans per microplot or 54 L-1 soil. In the establishment year (2020), P. penetrans caused significant reductions in aboveground growth. In 2021, shoot growth, root length and root surface area were reduced by P. penetrans. The nematode also reduced rates of photosynthesis, stomatal conductance and transpiration and increased stem water potential. In both years, the effects of P. penetrans were similar among rootstocks. These data suggest that while G.41 and G.935 may have other benefits over M.9, they are equally susceptible to P. penetrans. A multi-site field study was conducted from 2018 to 2021 to determine if Pratylenchus spp. population densities are significant determinants of site-to-site variation in growth and physiology of mature Ambrosia/M.9 trees, relative to other environmental variables. Across the six sites in the study, stepwise multiple regression selected Pratylenchus spp. population densities as significant predictors of photosynthesis along with soil water content, temperature and texture, and air temperature. Pratylenchus spp. levels were not related to transpiration rates or trunk cross-sectional area.